We want to encourage dancers to make Yoga an integral part of their training!
DUO OFFER: 1 x YOGA + 1 xPRO-DANCE TRAINING for £16 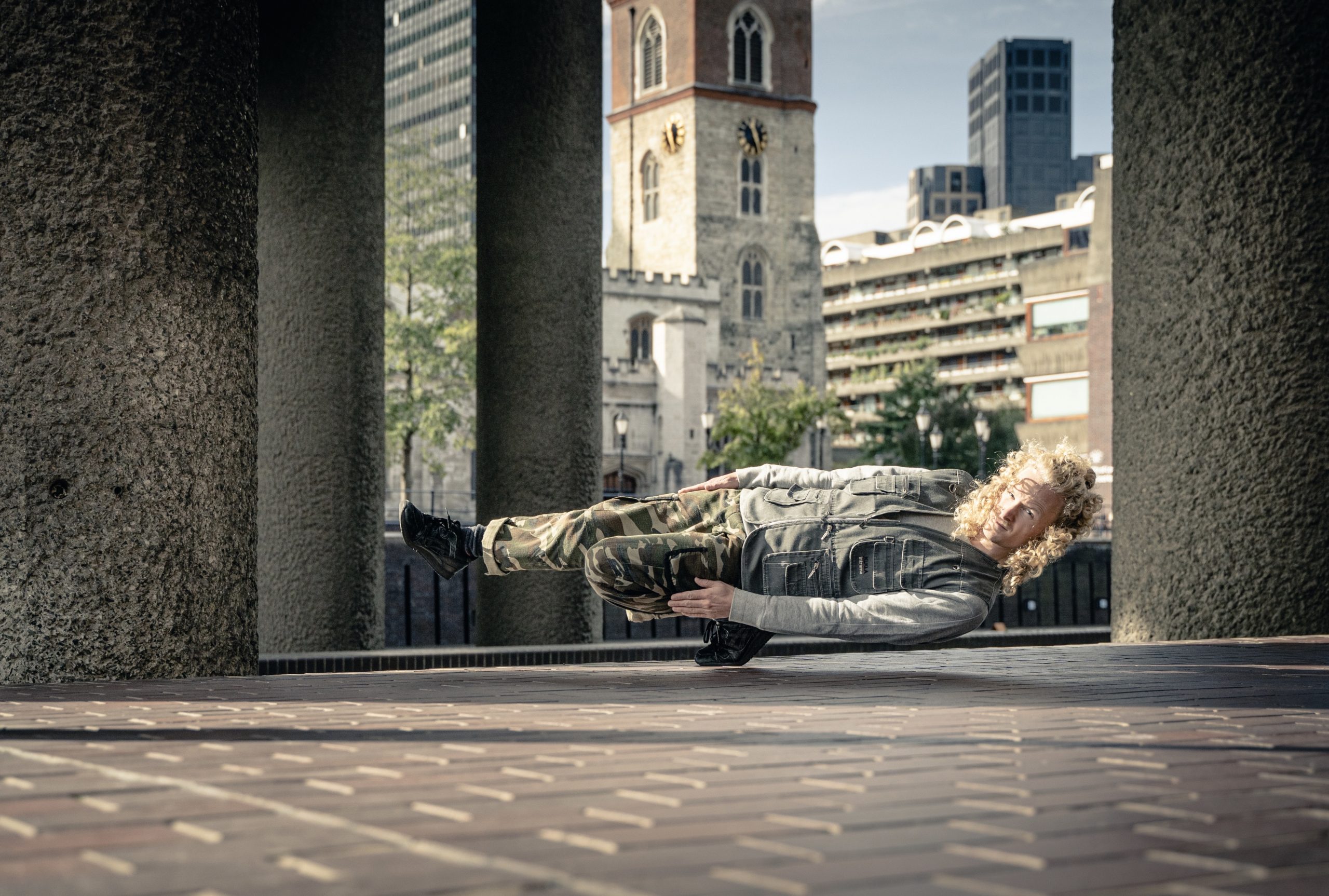 Over the four hour session we will introduce techniques to improve our relationship to the floor. Specifically within the realms of floor work and low form acrobatics. Using drills, games and improvisation We will consider where our ‘gaps’ are within floor work patterns. We will also observe the relationship between efficiency and quality.

We will learn phrases that will aim to expand our floor work and acrobatic vocabulary. Samuel’s teachings come from his own personal practice, which is influenced by Breaking, Capoeira, Tricking, Hip Hop styles, Gymnastics, Contemporary dance, Flying Low and improvisation. His movement research is also influenced by teachers such as Tomislav English, Fighting Monkey/RootlessRoot, Anton Lachky, Winston Reynolds.

Samuel Baxter is an artist currently based in London. Originally from Huddersfield, West Yorkshire, Samuel trained as a dancer at Northern school of contemporary dance.

Samuel is Now a guest lecturer at London Contemporary dance school and teaches workshops around the world as part of the Ferus Animi Terra Nova Collective. 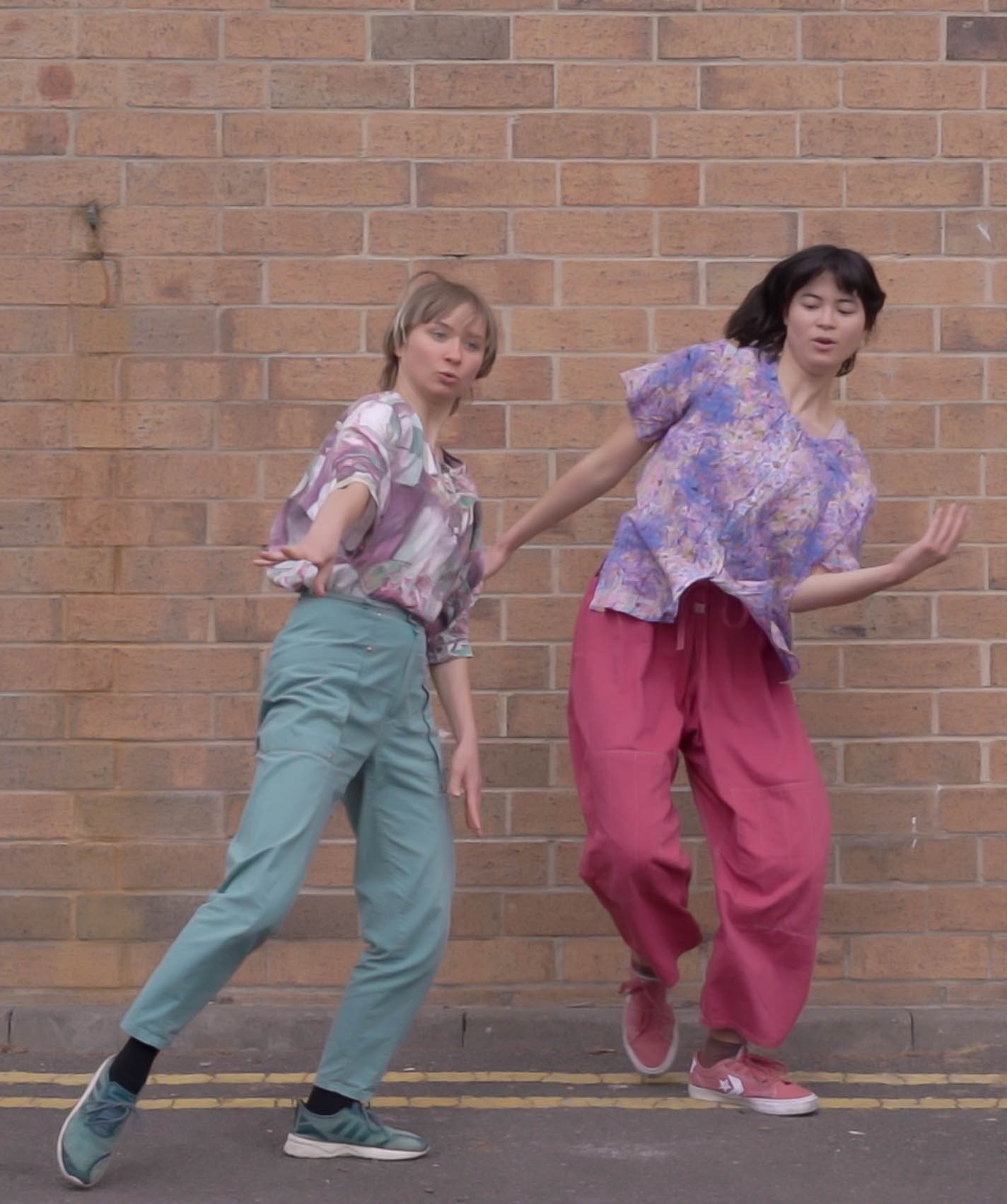 Keity and Bun will offer a unique set of workshops both highly physical and working with imagination and feeling.
Focusing on solo and pair work they will lead dancers to explore characteristics of cuteness such as playfulness, fragility and affectionate behaviour creating duos with a choreographic fantasy landscape.
They will introduce different tools and movement scores to communicate physical emotionality. Using breath to help harness movement qualities and graduating to using voice, individuals and partners will explore how body and voice work together to find a fuller expression.
Bio

Keity is the co-founder of London art collective inklingroom, which hosts events to bring sound, performance and visual artists together. Since training in pedagogy and choreography in Estonia and an MA at London Contemporary Dance School Keity has taught children, youth and adults and choreographed works internationally including the UK, Estonia, France and Palestine.

Bun has worked with Vera Tussing, Pepa Ubera and Ben McEwen across themes of touch, manipulation and autonomy in improvisation. While working with Theo Clinkard, Bun developed an interest in notating dance and bodies in movement, and was able to reconnect with voice and improvisation in recent research with Gracefool Collective.

We believe it is growing ever more important as an artist to not just be physically versatile but also performatively and creatively versatile. Corona virus has shown the fragility of our industry and we want to impart the knowledge and skills set that allowed us to stay afloat during the pandemic. Movement for film, the digital world and commercial industry has survived and there is a certain skill set required to find success in these areas.

As artists we have been lucky enough to work extensively for theatre and film, in a variety of styles. Our class will draw together our strengths and work through the key principles we have found for creating an artist who feels ready for both stage and camera.

Emma works using improvisation to open up the mind, soul and body to new possibilities and creative challenges. She wants her students to engage with intension, characterisation and finding authenticity in their work. She uses set phrases to challenge her students both technically and in discovering new qualities which are essential for stage and film.

Josh uses floor based technique intertwined with improvisation to help the students mesh technique with discovering their own voice.

Emma & Joshua want students to leave class feeling they have discovered a new side of themselves artistically and also solidified who they are and what they can bring forward to any job, whether for stage or camera.

Emma has toured internationally with a range of contemporary companies including Jasmin Vardimon Company and Hofesh Shechter Company.
She has freelanced with Michael Keegan Doolan, Shahar Binyamini, Dickson MBI, Dane Hurt, and New Movement Collective. In the commercial industry she has featured in adverts for Garnier, Vodafone, SKYN, Johnnie Walker, Fiorrucci x Adidas, events for Cartier and SWATCH, danced in film for HBO series “A Brave New World”, BBC series“Life in Squares”, BBC proms dance film “Beethoveniena”, and Disneys live action remake of “Aladdin”. She has performed in music videos for Coldplay, MK, DJ Tiesto and Underworld and performed at The Brit Awards for Dua Lipa x Calvin Harris.
She has been choreographed Jamie Cullums music video, “Hang Your Lights” and for theatre company, Rifts, immersive production of Midsummers Night Dream.